Every Day Is Different 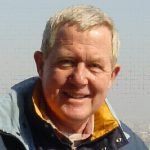 Ian McGill was brought up on a farm in Zimbabwe before leaving home and joining the British Army. His military experience included service with commando and airborne forces, and operations in Northern Ireland, Kuwait and Bosnia. He was awarded the CBE for his contribution to the Royal Engineers and the Queens Commendation for Valuable Service after a tour in Sarajevo. He’s been happily married to Mary for over 50 years, with a son, daughter and two granddaughters.

Ian McGill’s Every Day is Different is a fascinating and inspiring memoir. The author comes from a family with long connections with both soldiering and missionary work in the old Empire, and McGill has previously (2017) published Four Brothers in Arms, an account of his father’s and uncles’ service in the Second World War. This book moves the story on to McGill’s own life in the post-war British Army, with its post-Imperial down-sizing and complex multi-national joint peace-keeping missions.

After his initial officer training, McGill became an Army engineer, rising to Engineer-in Chief through a number of senior posts. I am not a soldier and it was most interesting to read about, amongst other episodes, the Northern Ireland Troubles, the Bosnian conflict and the First Gulf War, as seen through a soldier’s eyes. McGill was also a parachutist and describes the extended roles of his engineers as both airborne soldiers and infantry. The engineering role is, however, the most illuminating and the book displays the enormous variety of the military engineer role in everything from bridge-building to mine clearance, from creating soldiers’ accommodation under threat of sniper fire to road-building along Himalayan mountain-sides.

But what shines through the memoir is the importance of the personal aspects of leading soldiers, of trust and integrity as much as clarity, of humour and friendliness as well as competence; there are lessons here for anyone in a leadership role. McGill played a full, rounded role in the Army, representing various units for cross-country running and other sports. It is clear that his peers saw him as he comes across in the memoir, as decent and principled without smugness or sanctimoniousness; he was asked to lead on the training of young cadets as well as on the Army’s spiritual values.

It is also clear how much McGill’s family means to him, and his empathy with others is obvious. There are a few asides about experiences with the civil service, local government, and the private sector that I would love to have seen expanded; the best of the military has much to teach the civilian world. But that is not the author’s style; he mentions these episodes, as well as the occasional conflict with a senior, or personal setback, but never dwells on them, managing to find a way through while keeping his integrity and remaining upbeat.

Every Day is Different is an enjoyable read for anyone with an interest in the military, in engineering, in twentieth-century politics and history, or in leadership. Proceeds from the book go to the British Limbless Ex-Servicemen’s charity.