The Cell in Vladimir 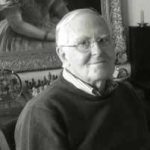 Charles Wood was commissioned into the King’s Own Scottish Borderers. He attended the prestigious British Army Staff College at Camberley and as a fluent German speaker, was selected, as his first Staff Job, to be the Military Assistant to Major General Heinz-Helmut von Hinckeldey, the Chief of Staff at HQ Northern Army Group at Moenchengladbach. He then commanded a rifle company operationally in 1KOSB. Later he became its Second in Command and as a Lieutenant Colonel commanded the 6th Battalion the Royal Regiment of Fusiliers and then was Liaison officer between NORTHAG and 1st German Corps HQ. Charles was an accomplished Downhill skier, artist and bagpipe player. He, together with Isabel lives outside of Crieff in Perthshire. 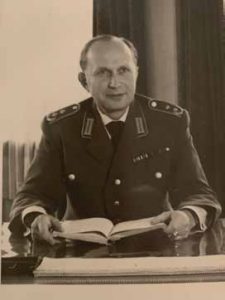 On 2 September 1944, a German Wehrmacht Liaison Officer was captured by the Russians in Bucharest. His name was Lieutenant-Colonel Heinz-Helmut von Hinckeldey and he was to remain a “war convict” of the Soviets until 1955. For 11 years, Heinz-Helmut von Hinckeldey had to endure the deprivation – both physical and psychological – of imprisonment; the filth and squalor of the cells, in which he was kept; the agony of isolation and repeated self-examination; and the pain of ignorance, of not knowing if his motherland (Germany) still existed or whether those he loved, ever realized that he was alive. The personal Story that, like countless others, would never have been told, had it not been for the admiration and fascination built up over time by the Author, Charles Wood