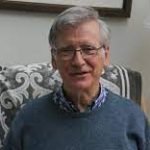 It is 1851. A group of excursionists sets off from Canterbury to see the Great Exhibition in Hyde Park. (Do journeyings between Canterbury and London, London and Canterbury ring any bells? Don’t worry if they don’t. You don’t have to know anything about The Canterbury Tales for Mr Blackwood’s Fabularium to make sense.) During the train journey the organiser, Percy Blackwood, invites them to tell stories which he intends to publish anonymously, for unknown to the others he is in serious debt. From the navvy to the lady’s companion, from the bookbinder to the music hall artiste, they all oblige, their stories forming a panorama of Victorian England and offering glimpses into the lives of their tellers. As organiser of the excursion, Percy Blackwood is able to mingle with passengers in the First, Second and Third Class carriages. The tales he collects on his progress through the train reflect the hopes and fears of his fellow travellers and the extent to which they are all changed, for better or worse, by encountering the engineering miracles displayed in the Crystal Palace. As a clergyman remarks as they wait at a red signal on the way home: ‘We went as pilgrims to marvel at the wonders of the age, but we come home as shoppers.’

The book contains ten illustrations (and a cover) by Talya Baldwin who writes: ‘I am an illustrator, originally from London, now living in West Yorkshire. I love Victorian novels and posters, and also remember studying Chaucer’s General Prologue at school, so Mr Blackwood presented an exciting opportunity to revisit a lot of themes I’m interested in. I especially liked the seance scene with Adjective and Lady Milo. I am currently working on a chilren’s book of my own, and will shortly be starting a doctoral research project looking at how we can use picture books to teach children about ecology and the natural environment.’