A Brief History of the Motorway Age 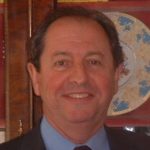 The M1 Motorway opened 60 years ago and in this timely history of the Motorway Age, David Starkie provides a fascinating history of how and why post war Britain was transformed by new roads, bridges and tunnels. From Prime Minister Clement Attlee to Margaret Thatcher the policy agenda is unfolded, showing that alongside atomic power and Concorde, the new technology of motorways captured the imagination of the nation before collapsing into controversy. But why were elaborate road schemes first considered necessary; why an early concentration on building roads between cities; how did cities cope in the meantime with a rising tide of traffic; how did they continue to cope once road plans were abandoned; how did policies translate into decisions to build particular roads and when to build them, and did political considerations dominate? This generously illustrated book focuses on these and similar issues, picking out the most important events and personalities involved and provides a valuable insight into ‘how’ and ‘why’ road policies changed during the forty years following the Second World War.

About the author
David Starkie has held positions at Universities in Australia, Canada, Germany and the UK, executive directorships with US and UK economic consultancies and has advised Government committees in the UK and Australia. His initial career was with consulting engineers working on early motorways schemes and advising House of Commons select committees.

“There are brief lucid accounts of many of the technical issues, presented with the general reader in mind, and the book is impressively produced and nicely illustrated”
Martin Painter,
Australian Journal of Public Administration

“In this lively, readable and immensely useful book, David Starkie charts the ebb and flow of ideas, pressures and policies which gave rise to the often controversial programme of road construction”
J. Allan Patmore, Geographical Journal

“…an excellent account of Britain’s flirtation with urban motorways: it is well written, generously (and in places) humourously illustrated, and deserves to be widely read”.
A.R. Sturt

This ebook is a text summary of the illustrated, referenced and indexed flexi-edition: The Motorway Age: How Post-War Governments Reacted to Rapid Traffic Growth, published by Riverside Publishing Solutions.